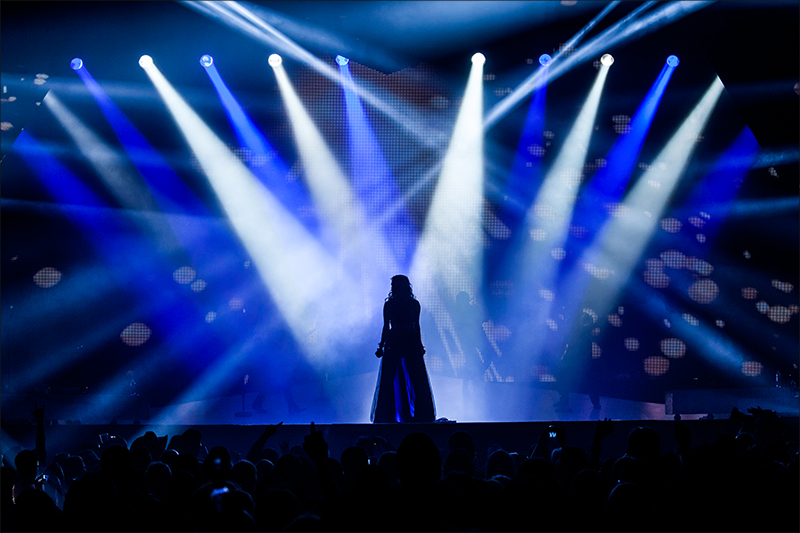 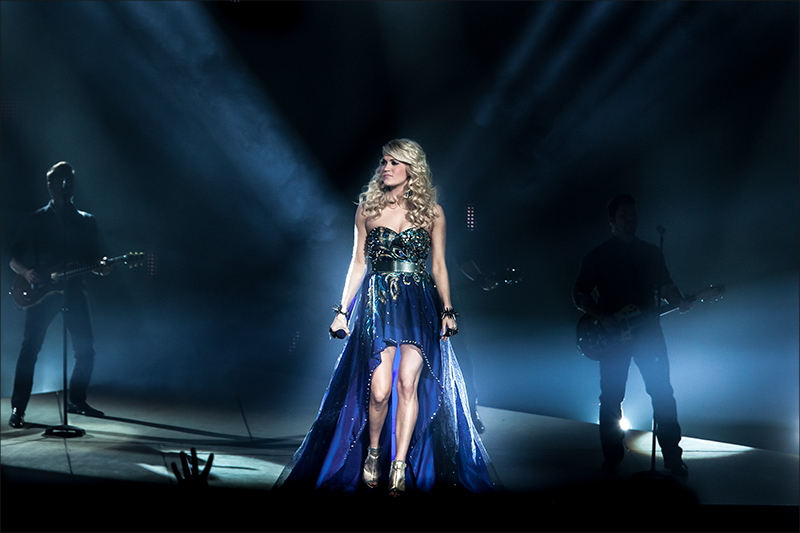 Tonight was Carrie Underwood's first ever appearance in Kingston, Ontario, and she not only managed to blow through town, but held it ransom and spellbound.  The Blown Away Tour arrived with much glitter and fanfare. It was perhaps the most extravagant and glamorous event to be held in the historic city of Kingston and it is perhaps a great sign for things to come.

The crowd was mostly female, and more often than not teens and their gracious chaperones.  I overheard one daughter tease her father that he only volunteered for the show because Carrie Underwood has such great legs.  I was unable to remain to see the debate continue or resolve itself. 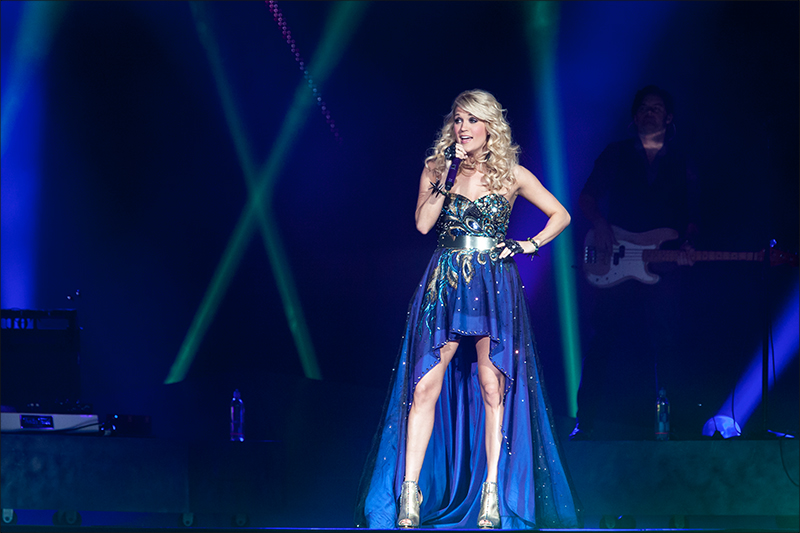 It goes without saying that the girls wore titillatingly colourful Cowboy hats, and elegantly matching Cowboy boots, which were often morphed into stylish pairs of jeans.  The odd Cowboy could also be seen mingling and singing along and the thousands of fans who packed the K Rock Centre celebrated their idol all night long.  They sang every note and knew word, while dancing the night away.

There was tremendous anticipatory excitement which was built up by the soulful and energetic performance of Hunter Hayes. He performed a wonderful set and as a young teenage heart throb himself, was rightly the best choice to support Carrie Underwood on this tour.

It took only a few seconds for the crowd to explode with excitement when the curtain hiding the full stage finally dropped to the ground. There was a particular moment of delight when the curtain twisted in the air and for a brief moment formed a silhouette of an Angel.  It was a sign and a testament to the countless unsung workers who tirelessly contributed to this spectacular tour.

After several hit songs, Carrie Underwood took the time to welcome her fans and told them that she had come a long way from trying to survive on American Idol. Her goal was to write and record an album that she could be proud of, and yet here she is eight years later having released her fourth recording.  She was gracious and grateful for being able to live her dream. “It wouldn’t mean nearly as much, traveling around, or playing in cool places like this, and meeting awesome people like you, if we couldn’t help out along the way”.  Carrie Underwood informed the sold out audience that a dollar from every ticket was donated to the Canadian Red Cross.  She has done this from the very beginning of the Blown Away Tour, and this is a great testament to her longevity and bright future in the music industry. 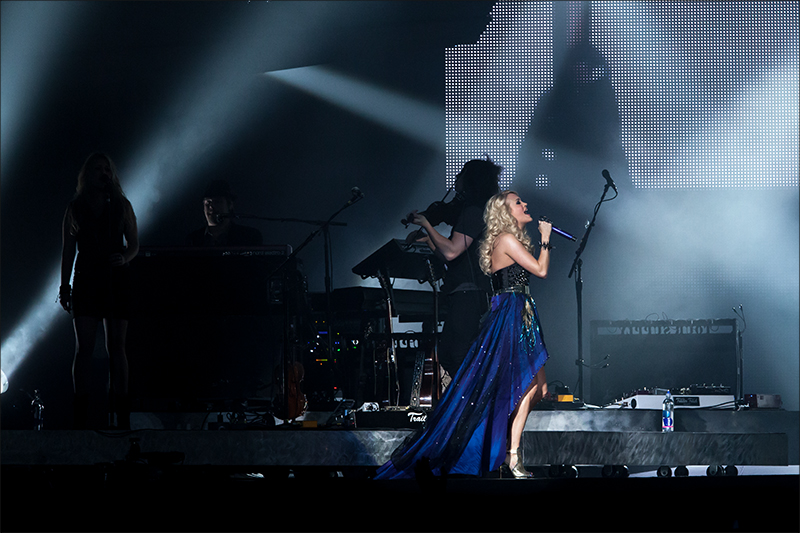 Carrie Underwood delighted the crowd with three wardrobe changes and each was special and unique in its own way.  Being granted only the first two songs, I managed only to capture her first glamorous phase.  Her best look however, was the relaxed Daisy Duke shorts, a Willie Nelson T-Shirt, and cowboy boots.  It was her best look because as she stepped on a magical diamond in the front of the stage, she and her band were lifted up above the audience and played several songs while floating from one end of the arena to the other.  She continued to entertain, sing and dance to the delight of thousands of energetically waving hands.  Suspended above the audience, Carrie Underwood told her fans that she feels all of their great energy while singing every night but on this tour she wished to be even closer to them. 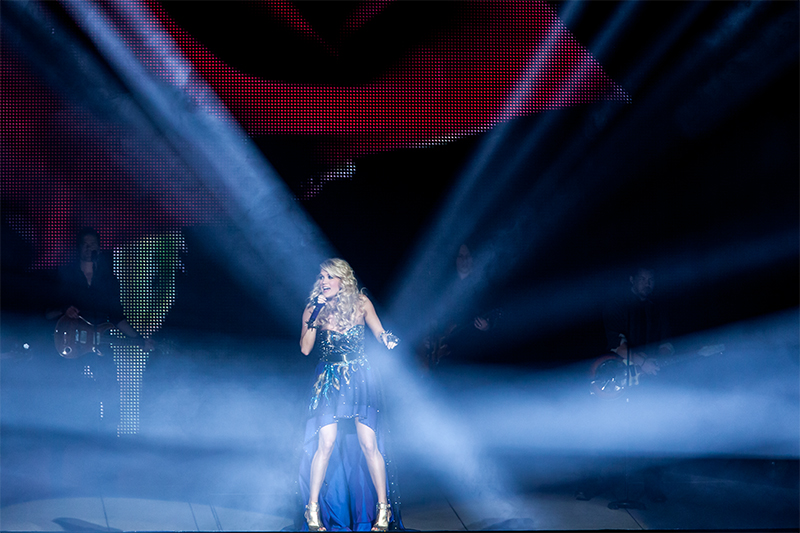 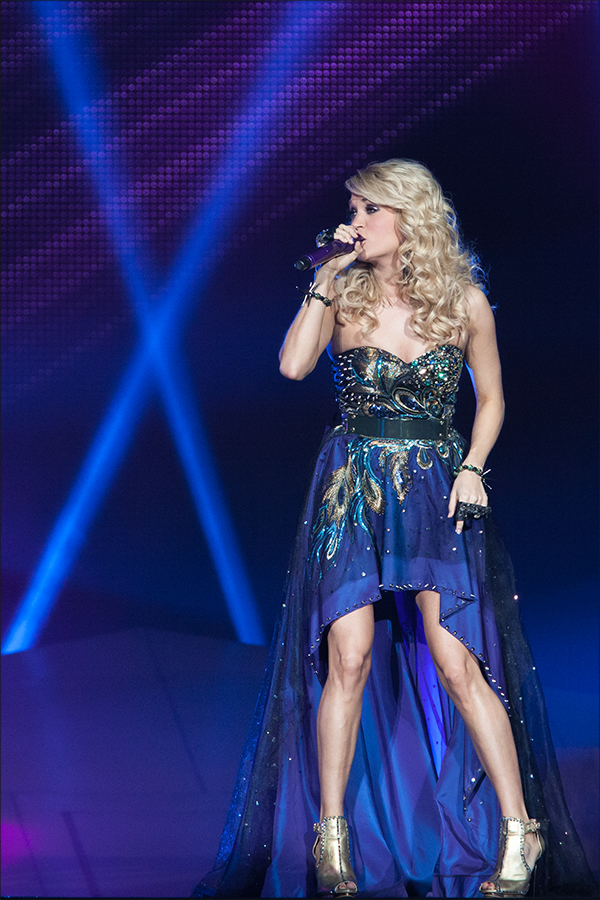 On a personal note, I found it fascinating how seamless and how amazingly quickly this little floating raft was assembled and taken down. I fully understand why as photographers we were asked to shoot from a hundred feet away and were not granted the customary access to the pit. In a post 911 world, this undertaking was complex enough without the worry about the actions of some seemingly crazed, seductively tall, and strikingly good looking stranger, if I may so so myself. 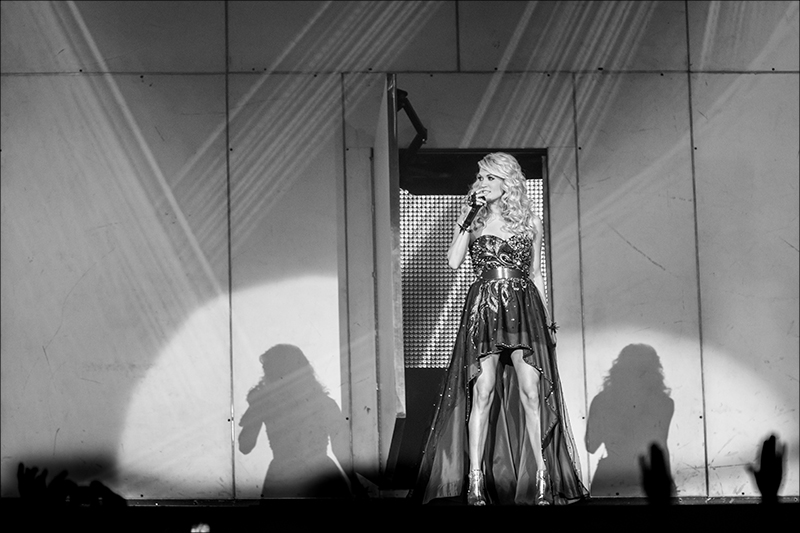 Carrie Underwood performed a high energy show but managed to save the most energy for the end of the show, but did not come out for an encore.  The show ran smoothly and ended at approximately 10:30 pm.  He duet with Brad Paisley, although it was virtual collaboration, drew an amazing reaction from the crowd, as did the live duet with Hunter Hayes.  Guitar-less, yet surrounded by several guitars, he proceeded to entertain the crowd with a very solid solo on an air guitar.

With a powerful voice, an amazing stage presence and a spectacular visual presentation, Carrie Underwood came and went.  She came, she saw... and they were Blown Away. 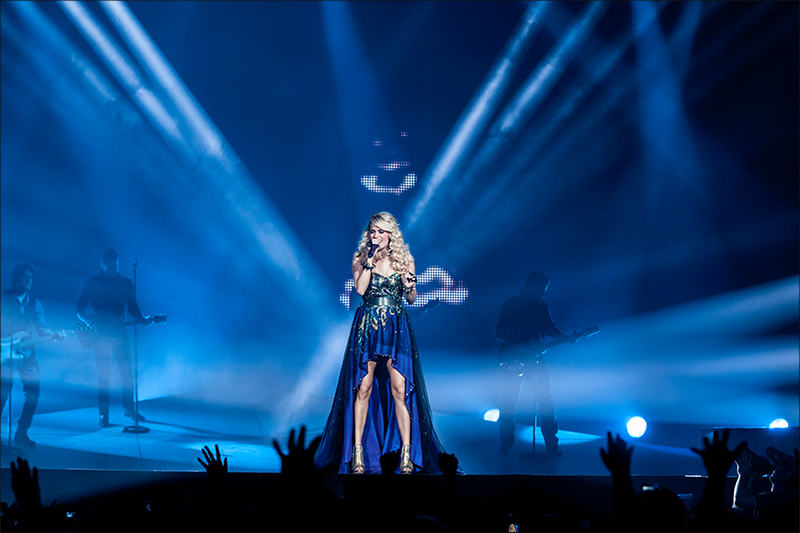 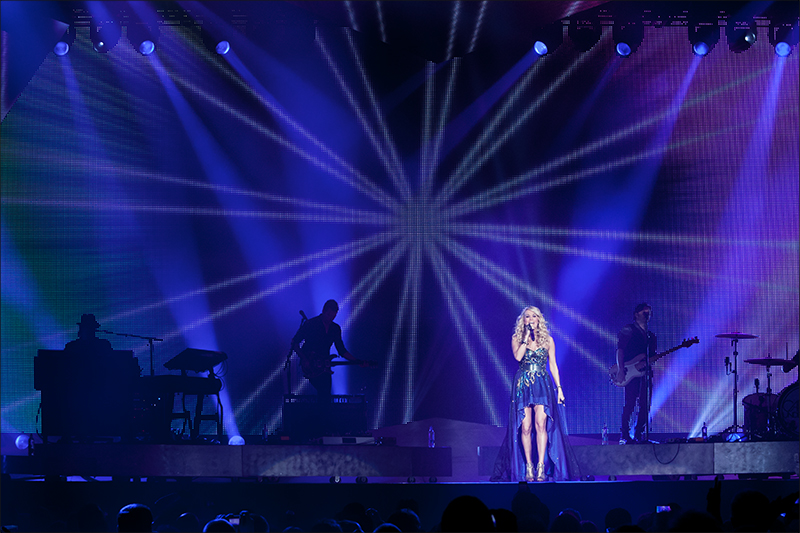 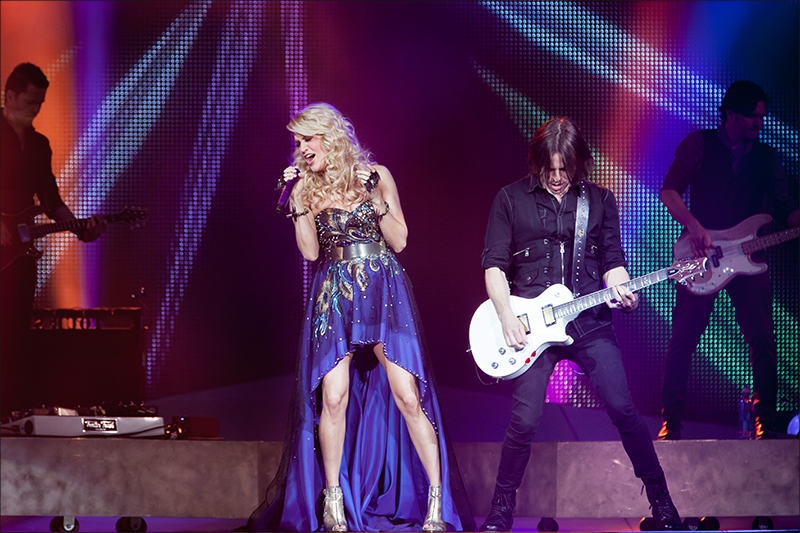 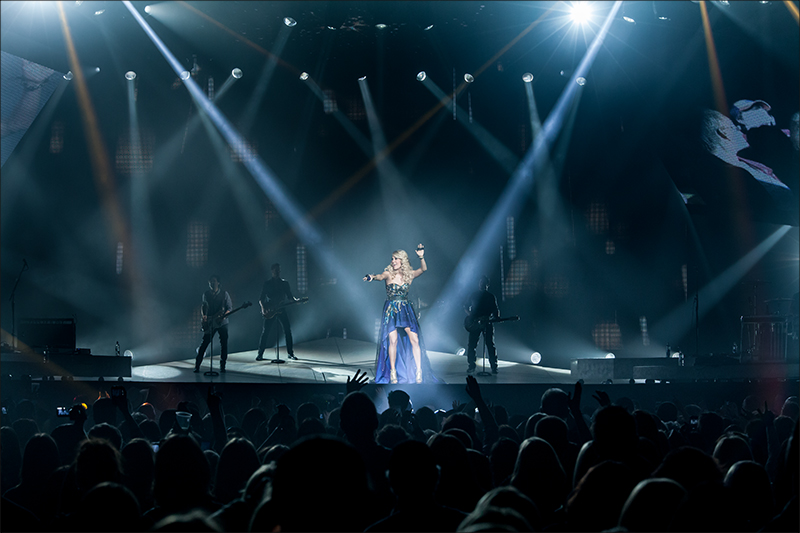