Leonard Cohen on Tour (in Kingston)

The crowd sat quietly awaiting their muse. I realized early that this was not the typical beer and weed crowd I am so accustomed to running into as a live performance photographer. An announcer gently proclaimed to the faithful that the “show would commence in ten minutes”, and he gently repeated his message with five minutes left to go. There were no big burly bouncers at the front of the stage, and there was no roadies busying themselves with final touch ups. The setting was brightly lit and quiet, awaiting and longing, for darkness and sound. 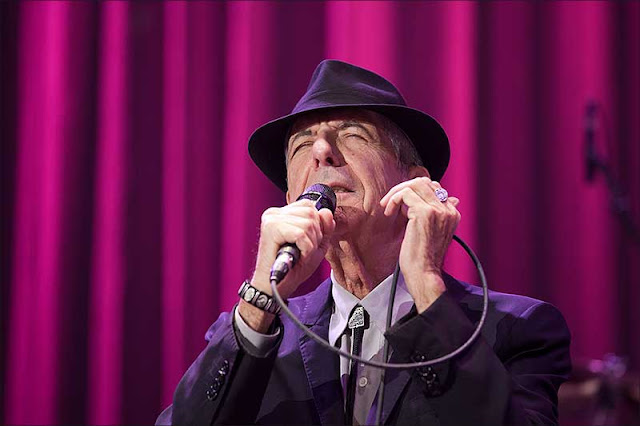 The crowd finally cheered and enthusiastically welcomed their hero to the stage. Leonard Cohen, dressed in a sharp black suit and a Stetson hat took the microphone and Danced the audience to the End of Love. He often sang with his eyes closed, sharing the same emotions he must have felt so long ago, reconnecting with his adoring fans. Near the end of the opening song he knelt next to Javier Mas, serenading his guitar.

Unlike other shows, one song is all we were granted to shoot as photographers, but somehow that was enough. I often feel that I am often intruding on an intimate moment between two lovers; the artist, and his beloved.
The show was very formal and theatrical. Leonard Cohen was extremely grateful to be on tour, and continued to thank each one of his accomplished musicians several times throughout the evening. He took his hat off to every single member of his great international ensemble.

One of the biggest reactions early on in the show was to the hit Everybody Knows. Leonard Cohen’s voice continues to be hauntingly deep and rich. It is amazing how closely he reproduces his recordings in a live setting. He sang about what is wrong with the world with great precision and emotion. It is also here that the audience had a chance to be treated to a beautiful twelve string solo by Spanish guitarist Javier Mas. He was magnificent and deserved a night of his own.

Leonard Cohen had a wonderfully honest conversation with the crowd throughout the show. He apologized for forcing everyone to listen to his melancholy thoughts. “I wake up every morning and I look in the mirror and I say to myself. Lighten up Leonard. Life is not that bad”, he told the audience.
The most moving moment of the night came when he recited his poem For Those Who Greeted Me. It is the inspiration and served as the introduction for a Thousand Kisses Deep. I reproduce it here in full because it is filled with great depth and moving imagery. To be completely candid, I arrived as a photographer and reviewer, but I left different. I left with tremendous respect and admiration for our Canadian icon. It saddens me that I haven’t been exposed to his great work earlier. 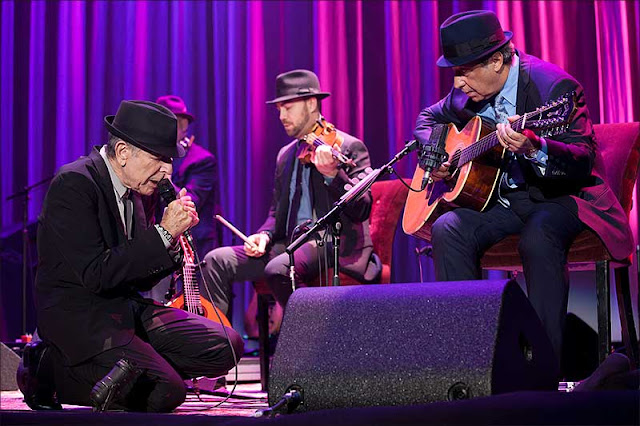 For Those Who Greeted Me 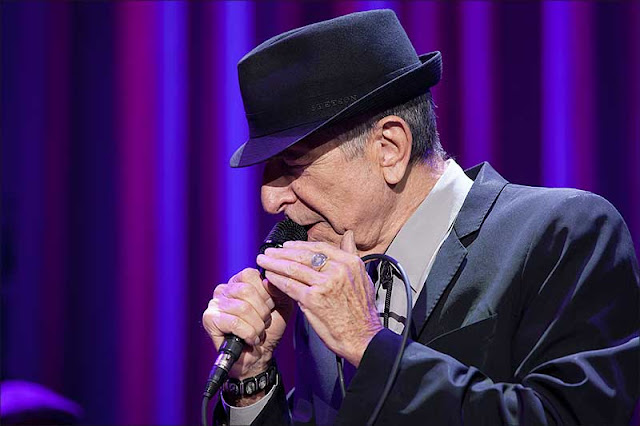 The poem is very reminiscent of Dylan Thomas’ villanelle Do not go gentle into that Good Night, and Robert Frost’s Stopping in the woods on a Snowy Evening. The melancholy images did not win the evening and all was not lost. Leonard Cohen offered a touching moment of hope when he exclaimed that “there is a crack in everything, but that’s how the light gets in”.

After a brief twenty minute break, Leonard Cohen returned to the stage. It was a well deserved break as he went on to play, past curfew, for over three and a half hours. Upon his return, the audience was asked where oh where they had learned their sense of compassion, and were told that the rich have their channels in the bedrooms of the poor. This is quite the image to ponder in the quiet corners of our hearts.
I’m Your Man drew a great reaction and a few laughs, and Halleluja brought everyone to their feet. Everyone embraced the star of the evening in a standing ovation and no one wanted to leave. Eventually though, it was time to go, but I believe everyone took a little bit of Leonard Cohen home with them.
at 20:00 No comments: